Simple but fun metroidvania! I got a score of 1740 in the end.

amazing metroidvania, pushes the limits of what pico8 is capable of

The art for this game is really pretty! Well done! That said, the gameplay has a few things you should consider:

1. Why do you need to switch to different types of ammo? The shot only goes out a very short distance, and there are no enemies/portals/hooks near one another, so there is no chance of performing an action you don't intend if you just have one shot that does all 3 things

2. The gameplay itself doesn't really feel any different from anything else I've seen in the metroidvania genre. The shoot and grapple mechanics are straight out of metroid, and the portals leads me onto:

3. The portal layout is confusing. After playing with it for a bit the player can start to sort of get used to it, but without some kind of map having portals that aren't visually distinct from each other in any way makes it really hard for the player to build a strategy for how to progress through the level. I was just hitting random portals and hoping they would take me somewhere new, meaning I often looped through the same areas multiple times. Potential fixes for this are more assets for different parts of the level making them visually distinctive, having a map that shows how portals you've used before are connected, or color pairing the portals (or some other visual distinction for color blind folks)

As far as game jam games go this is super polished and well done. Be proud of what you've made here! One final piece of advice: before deciding anything else about your game (including the genre): always pick your core mechanic. Find something fun to do that you haven't seen before (or take something you've seen and put it in a new context), and then make a game out of it. Finding the gimmick first saves your game from feeling generic, which when there are a ton of indies out there to play, saves you from getting lost in the crowd.

Good luck on your next game!

how? they are just arrow keys and X and Z those are the simplest and most easy to understand controls I have ever used before

if you find them difficult to use then dats tuff

I prefer to use A to go left and D to go right.

is there a way to shoot?

Yes, but not directly in the beginning. You will get something when talking to the second alien you encounter.

Really like the game design. The pixel art and colour chose in addition to the music suited the game.

Great game. Played through till the end and had a score of 1600. My only qualm is that the level design made using the portals a little confusing. Other than that though, great game

love it. action is well done! love the particles coming out of the pipes. very cool. bobbing in the water., and the water effect. all very well done!

Amazing game, I am gifted and my brain was still hurting trying to figure out if I just went through the same portal or not.(10/10) I would love to contact you and maybe collaborate on future projects as soon as I finish "Ruins of void". Keep up the good work!

I won. I liked this game!

really fun game! Nice graphics and good controls. It was just a bit confusing on where to go sometimes, but otherwise great game!

Very good work !!!  The pixel art is  beautiful, the mecanical too. This is great ! Good game :)

This was a very interesting game, I enjoy the platforming aspect with the use of water which was a unique selling point in this game.

Everything about this is great! 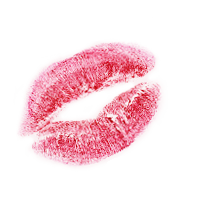 The pixel art is top notch.

This game is so amazing, I don't even know where to start! I absolutely love the pixel art! The sprite characters, the items, the platforms, and the background were well-designed! The music and sound effects were great too! Lastly, the story for the game was both simple and cute. The ending almost made me cry though. Overall, I really enjoyed playing this. Well done!

Really enjoyed this one. Great work!

Nice little game, tight controls, cute graphics, fun but not frustrating. First play through I got 2000 points and found the Dope Fish!

Bravo! Music, art, game-play so well done. Certainly a Pico8 highlight for me.

Had so much fun with this game. The green creatures are super cute and expressive,  really enjoyed the way the map is laid out so you keep on exploring the same place.

Good job, you got me lost! Really though, awesome game. A map would be helpful but unnecessary. Maybe you could add a /total to the coin counter. Other then that, great job on the game!

the music is great, also like the metroidvania. great job!

HOLY CRAP! This is one of the most expansive Pico-8 games I've seen! The pixel art is amazing and, like all great browser games, I have no idea how to progress! lol, amazing game

will there be more :)

SO CUTE! Its like a tiny metroidvania. It's incredible how many of the thrills of the genre it has without any of the unnecessary padding

whoa its a good game i wait for the second game ;)

you need to make it longer or make a second one

this was such a fun little game, and I don't mind at all that it'sn short. It's a great metroidvania.